The world has unique opportunities to create unimaginable wealth, and our investments are founded on the firm belief that the world will grasp these opportunities. Every year millions of people leave poverty as a result of this creativity. How is this possible?

We live in a shrinking world. The IT revolution and increasing trade deregulation make the world spin more smoothly. Outsourcing is made easier and less risky, boosting trade and wealth creation in the long run.

Trade is one of the most powerful growth engines in the world. Increasing trade and robust communication tools allow know-how to be spread far and wide. Fast. Emerging Markets capitalize on these developments.

Sometimes politicians tries to put a spanner in the works, but we believe that these kind of measures will fail, for the simple reason that trade always is beneficial for all parties involved.

It is in this world of free trade and growth that many business opportunities emerge and it is here we have our strategic focus. We seize these opportunities by pursuing business in the following areas:

Invest in those emerging markets that are best suited to copy Western business models and promote market reforms, thus achieving faster growth at less risk. People in these regions are hungry for progress and eager to reach higher living standards. They are the greatest bene­ficiaries.

Invest in Asia, the centre of the biggest industrial­ization the world has ever witnessed. Countries like Indonesia, the Philippines and Thailand. Low leverage in this region also creates opportunities for huge infrastructure investments that bring about huge productivity gains. We also invest in other parts of the world, such as Mexico, Israel, Kenya, Rwanda and Georgia for the same reasons. Countries that by releasing the forces of the free market, create possibilities to generate prosperity for the people. New markets are Russia and Kazakhstan, for their immense resources and their market liberalization reforms, big winners if the Electric Cehicle dream will be realized.

There are however threats to these positive developments. Factors, such as protectionism, increased taxation on the wealth creators, labour and capital, as well as stricter regulations, more red tape and an unsound environmental debate, can soon plunge people back into poverty.

When everyone thinks alike, everyone is likely to be wrong.

Tomorrow is a better place

Tomorrow is a better place

At Dunross, we find joy and comfort in the fact that the world is slowly but surely becoming a better place to live in, and contrary to what many people believe, the world is not getting worse. Proof of this is the fact that 85 million people each year, through market economy and globalization, have left poverty during the past 15 years.

China is a good illustration of this progress of poverty reduction in the world. Although Dunross due to its non-existent democracy and non-robust institutional and legal framework, has chosen not to invest in China, the country has still managed to develop remarkably well. Say what you will about the problems in China, but poverty has been dramatically reduced, and in our opinion, it is a result of the gradual Chinese implementation of market economy. However, one must also acknowledge that China’s population is aging fast. 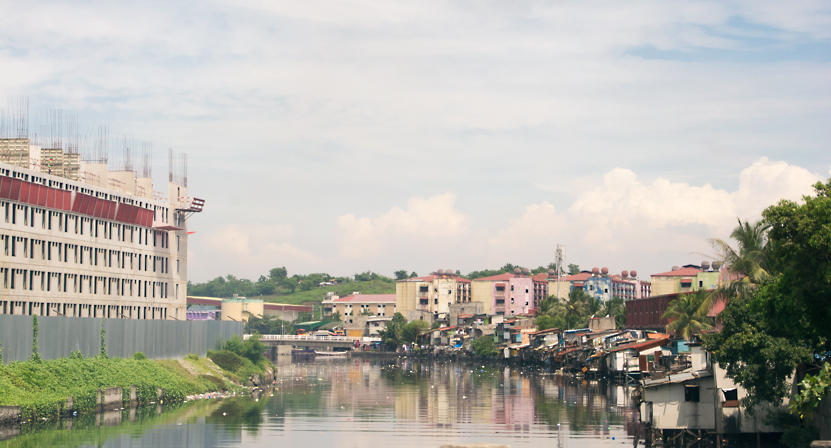 Hence, even if we see continued implementations of further market reforms, China will structurally approach a slower growth rate than historically, maybe even as low as 4–5 percent. And yes, they do have major environmental problems, but do not forget that it is incredibly difficult to address these environmental problems without first lifting a large part of the Chinese population out of poverty. Therefore, we are convinced that the big environ-mental issues now facing China will be addressed and solved.

Below, please find some facts about our world of today that hopefully will inspire you and give you a more optimistic outlook on the current state of our world, and instil more confidence in the ability of the human race to progress:

The list of positive developments is much longer, and yes, the world faces many challenges and significant problems still remain in many parts of the world, particularly in Africa and the Middle East. However, the point is that humans are fantastic creatures that constantly overcome such new challenges. But as humanity develops so do also new challenges erupt. What about freedom of speech for example? Er see many threats here, for example from lika Google, Facebook, YouTube, censuring people’s free expressions. Or their interference in political issues, changing the algorithms in search engines, to ”tilt” people to their approved view. We see big risks of the State, mainstream media and the political establishment joining forces not for the people but over and above the people. Wealth is not just about money, it is about freedom as well.

Of course, this does not change our optimistic view, humanity will prevail in a good and prosperous way.

This website uses cookies to improve your experience while you navigate through the website. Out of these, the cookies that are categorized as necessary are stored on your browser as they are essential for the working of basic functionalities of the website. We also use third-party cookies that help us analyze and understand how you use this website. These cookies will be stored in your browser only with your consent. You also have the option to opt-out of these cookies. But opting out of some of these cookies may affect your browsing experience.
Necessary Alltid aktiverad
Necessary cookies are absolutely essential for the website to function properly. This category only includes cookies that ensures basic functionalities and security features of the website. These cookies do not store any personal information.
Non-necessary
Any cookies that may not be particularly necessary for the website to function and is used specifically to collect user personal data via analytics, ads, other embedded contents are termed as non-necessary cookies. It is mandatory to procure user consent prior to running these cookies on your website.
SPARA OCH ACCEPTERA